We look for people who enjoy working as part of a team and who aspire to our values of exemplary customer-facing service, responsibility, and passion for quality food. We strive to promote within the business and offer training and development opportunities, which will help you to be your best in this busy, ever-evolving business. Working at Sleaford is more than just a job – and our employees agree. 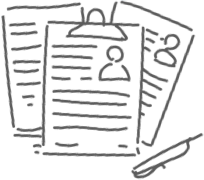 Sleaford is more than just a place of work - it’s a community of friendly, interesting people and we always have something going on. We like to think that we look after our employees - after all happy workers work better and longer, and Sleaford's expertise is built on the foundation of hardworking, happy team members.

Drop us an email today and be part of the UK's most exciting, innovative and forward looking food companies

All of my colleagues at Sleaford Quality Foods are very friendly and welcoming. They made me feel part of the team immediately and senior team members are incredibly supportive and approachable. It’s a great place for me to learn and build a career.

Alex joined Sleaford Quality Foods in June 2018 and says he was made to feel part of the team immediately. His role includes ensuring that all raw materials and finished products conform to strict guidelines and specifications – whether that be in the lab testing goods and assembling blended products or on the production floor conducting quality inspections. Alex says that the one thing he most enjoys about working at Sleaford Quality Foods is the opportunity to work in a fast-paced and exciting environment. With work/life balance becoming ever-more important, Sleaford Quality Foods offers him the chance to tailor his working hours around his home life – as well as routes to progress his career through various training options.

From leaving sixth form college without an idea of what I wanted to achieve, I have been able to learn and create a career at Sleaford Quality Foods. I would most definitely recommend the company when it comes to supporting and promoting personal growth.

Daryl initially joined Sleaford Quality Foods in July 2001 when he was just 16, as a member of the production team. His varied role included packaging food ingredients, cleaning machinery and pre-weighing/blending bulk ingredients. His career progressed when he moved into an office-based role as a Customer Sales Advisor, where he worked for 6 years, before advancing into his current role as a field-based manufacturing Key Account Manager. He now oversees the accounts of several well-known food businesses within the UK manufacturing sector. Daryl’s main responsibility is to ensure those accounts are fully-serviced and drive new opportunities to help them grow - as well as finding new customers to work with. Daryl’s rise through the ranks has seen him visiting new companies and learning more about Sleaford Quality Foods’ customers, many of whom are manufacturing the goods that we find in our kitchen cupboards at home. Sleaford Quality Foods has also given him the opportunity to travel to key suppliers in Turkey and India to understand where the raw materials used every day originate.

Looking to work for a dynamic, friendly company? Please see below for our latest vacancies. Alternatively, if you like to complete an Application Form or to speak to our HR department about our exciting future opportunities, please contact us.

Business Administration Apprentice Established in 1968, Sleaford Quality Foods Ltd is a leading supplier of dehydrated herbs, spices, starches, fruit and an extensive range of dried blended products to the foodservice and food manufacturing industries. We currently have an exciting opportunity for an enthusiastic and driven Business Administration Apprentice to join our team at Sleaford…
View Article